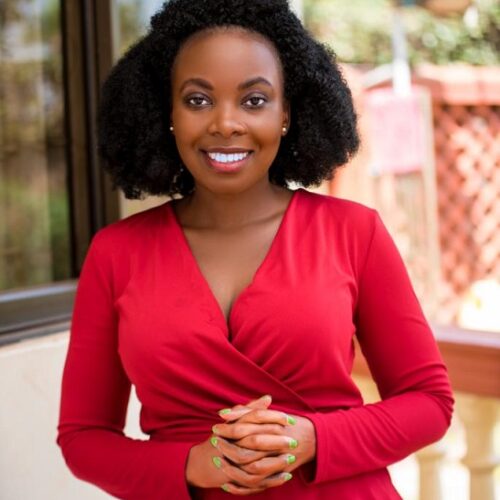 Victoria is a lawyer and an Energy and Mining expert, with extensive experience working on various projects in the different parts of the Globe. She is a holder of a PhD in International Energy Law and Policy (Dundee, UK). Victoria is the Founder of a charity NGO, the African Energy and Minerals Management Initiative. She is the CEO and lead consultant at Nalule Energy & Minerals Consultants. She is also an Energy & Natural Resources Law Lecturer at the University of Bradford, UK.

Victoria is enthusiastic about energy arbitration & dispute resolution. As such, she is an Energy Arbitrator at the Energy Disputes Arbitration Center (EDAC), Turkey. She is a committee member at the International Law Association (ILA): and at Access for Women in Energy.

Victoria offers extensive experience in the Energy and Mining sectors having worked with various institutions; regional and international organizations including assignments for The Queen Mary University of London (EU Energy Project); The International Energy Charter Secretariat in Belgium; The Columbia Center on Sustainable Investment in New York; the East African Community Secretariat in Tanzania; the Southern African Development Community Secretariat in Botswana; International Arbitration Case Law in New York; Uganda Christian University; to mention but a few. She has also worked with both the private and public legal sectors.

She has presented as a speaker and panellist in several forums and conferences. She has also advised African governments on oil, gas and mining projects including training officials from the Nigerian Petroleum Development Company: leading a capacity building training for an international NGO OXFAM: appearing as an expert witness before the Commission of Inquiry into Land matters in Uganda; presenting comments on the South African Petroleum Bill before the country’s Policy Makers; leading a team of energy experts in reviewing Energy/Mining laws and policies for countries such as Namibia, Ethiopia, Uganda etc.

Victoria has an active YouTube Channel and Podcast both focused on energy and mining discussions. She is one of the few people who got her PhD in less than 3 years below the age of 30 years. For more, visit www.victorianalule.com.

Regulation of the energy sector is at the fore now, given the crucial role of energy in our everyday life. The sector is essential for every countries’ economic development. Energy law and policy is, therefore, influenced by economics (finance), politics (energy security) and environment (climate change mitigation). Energy law has also become internationally crucial given the increasing level of investment and the establishment of transboundary energy infrastructure such as oil and gas pipelines, oil refineries, and electricity transmission lines, to mention but a few. Additionally, energy investments are expensive ventures requiring large amounts of capital; as such, both host communities and international energy companies are often eager to develop energy laws and policies that favour both parties.

The purpose of this 5-day Masterclass is to introduce our participants to the main drivers behind the formulation of energy policies and energy legislation: and how to ensure that these are effective in tackling some issues that are seen as being pertinent in society. For instance, the twenty-first century is characterised by the need to transition to a low-carbon economy and tackle climate change. Besides the 2015 Paris Agreement, several countries have enacted laws aimed to promote Renewable Energy, Energy Efficiency and the deployment of electric vehicles and energy storage. But when comparing the current drivers behind energy legislation with the drivers a few decades back, it can be seen that energy law is progressive in nature and, as such, legislators and policymakers have to be willing to adjust energy law to meet current societal changes and developments.